Tomorrow morning we set off on a roughly 4-week voyage up to Sanya in Hainan Province, through the Coral Sea, Solomon Sea, round the north of the Philippines and into the South China Sea. I’m actually looking forward to this trip; not entirely sure why but maybe it’s an interesting route.

Although this stopover in Airlie Beach was 11 days, I only managed a couple of half days off, one to go skydiving (which was awesome again) and one for a flight over the reef. We were supposed to land and go snorkelling but it was too windy. I spent the rest of the time working on the boat, and still not having enough time for me to get everything done, which all in all was really a bit disappointing. Even Bill managed one day off and she works more than anyone on the boat (with team coordinator and victualler jobs currently it’s mostly unexciting off-boat work). Not much tends to happen when I’m not on the boat either, unless I leave detailed instructions for jobs.

I could really do with a week off.

Anyway, here’s some photos from our flight that didn’t land. 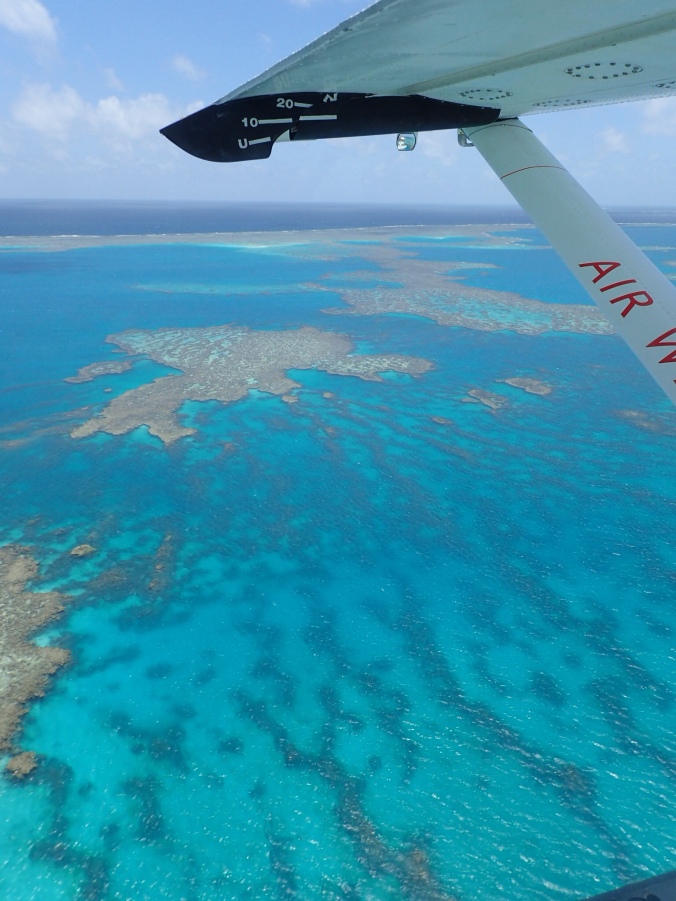 One thought on “Another place to come back to”